Following our commitment plan with my coach Armando Galarraga, the next block after Hawaii was emphasized in developing my Cycling skills. The goal was making me faster on the bike and trying to get a podium finish at Ironman 70.3 Pucón. In other words, I gave the permission to my coach to put me through hell until the next race. Suffer mode on.

It is hard. The guys on my Age Group are talented Athletes. Most of them with with strong cycling and running skills. We did crazy stuff during November and December pushing very hard on the saddle. By the end of December I noticed great improvements on some key workouts that gave me a lot of confidence on the work we did.

Some things you can control and others not. On race week we were informed that the former Professional Oscar Galindez was making his debut race in Pucón as an Age Group Athlete. This guy won Ironman Pucón many, many times and now I was going to race against him on the same Age Group.

I had a good sleep the night before the race. I felt rested and calmed. The weather was going to be good. Sunny day but the temperature was not going to be too high nor too cold. Great for racing. Woke up early to have a light breakfast with the usual carbs and simple sugars. This year I stayed 3 blocks away from the Transition Area. So getting there was super easy. Once there, it took me a short time to arrange everything and head to the beach. The wave start protocol didn’t put me in the best conditions for a good swim. Crowed swimming from start to finish. Passing, passing and passing some more was the summary of the water. 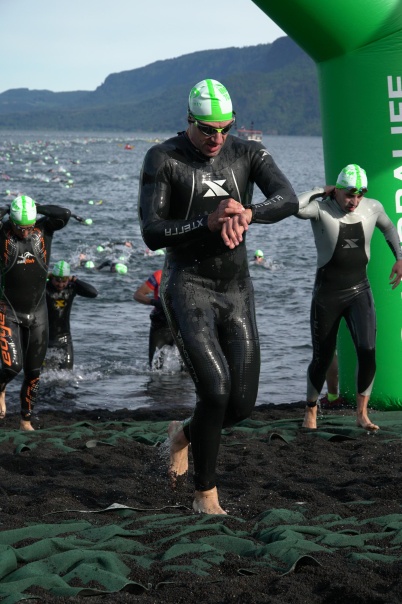 Once on the bike, I knew the race was starting for me. Unfortunately, I accidentally dropped my aero bottle after hitting a bump on the road. I made the choice of stopping a picking it up. Loosing a minute was better than loosing my nutrition. I know I made the right choice. The bike was hard. Head winds were blowing all the way until the turn around at 45K. I followed my pacing strategy as closely as I could. I was not feeling comfortable and had a hard time focusing. After a while 2 guys passed me at a strong pace. I knew that was the moment to wake up and force myself to push harder. I did the best to hold them at sight without drafting. It really help me to pick up the pace and focus on something. When looking at the splits I was frustrated. The pace was very, very slow. The wind really slowed everyone down. It was mind game. Would it be the same on the second half? By the time we made the turn around, the guys I was following took off. I couldn’t see them anymore. Still at 5K on the way back my legs started to feel strong. Somehow power was back on and I took advantage of the wind aswell. Didn’t look too much at the pace I was doing, but I knew it was fast. So fast, that suddenly I was making up time rapidly. Most of the ride back I was alone. I passed many guys and none of them could follow my pace. I was happy and motivated to keep pushing hard.

Once in transition area I work my way as fast as possible. Pucón infamous 3 lap course Peninsula sucks all you energy out with every lap. This is one of the toughest run courses of the circuit. Super hilly with long steep climbs and also steep descents. Started the run with a hard pace because I knew my contenders were coming fast too. 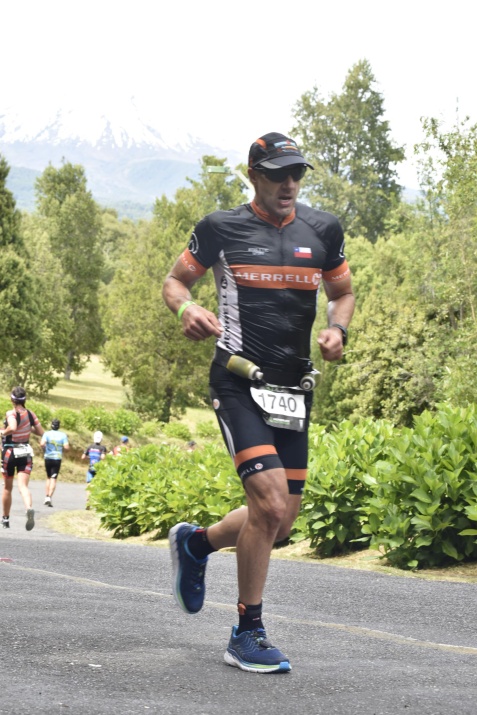 By the first half of the first lap I got passed by one of my good friends. He was going faster than me and I just couldn’t keep up with his pace. I knew that if I pushed harder I would end up blowing up after a few minutes. So I decided to let him go and keep on struggling at my own pace. Every once in a while I would check my heartrate to gauge myself. I really was going at my very best so now it was a matter of holding up until the end. Many times I would question myself and wonder if I would be able to keep going this hard. It was all pain and every lap it would get worse. The last lap was hell. My legs were burning very bad and I had to dig very deep to hold the pace as much as I could. The final meters came into sight and hope came back when I touched the carpet at the finish line. It was over. 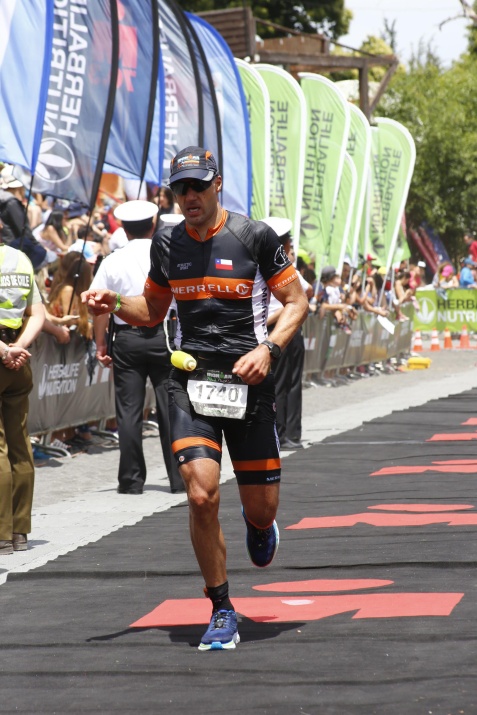 My finish time was 2 minutes faster than last year. My bike split was faster and my run split too. I took a 6th place finish on my Age Group. No podium but a solid performance overall. A positive start for this 2019 season and confidence that we are moving towards the right path with my training.